All Categories ​>​ ​Supported Apps ​>​ Drift.com - some things to note

Drift.com - some things to note 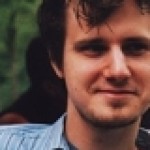 Normally, PieSync does a full 2-way sync, which includes your historical data. For our Drift connector, we can only give you a near 2-way sync now. Read on below for more info.

Setting up a connection to Drift works in the same way as setting up any other PieSync connection. Setting up rules, defining contact mappings, monitoring the sync, it works just as expected.

What will the Drift sync do / not do?

For any sync, PieSync performs an (1) initial sync, and then PieSync keeps your contacts in (2) continuous sync.

However, because of Drift's different API architecture, there are a couple of elements in sync behavior that are different from what you typically get with PieSync. As long as this different behavior is here, we're giving our Drift connector the beta label. We're in talks with Drift to look into improving this.

What can you expect once the sync is running?

🚀In other words, contacts are kept in a 2 way sync for any updates happening in Drift, or in ‘other’ app according to the rules & mappings

For contacts created in the ‘other’ app, the same logic applies as for the initial sync:

What will not work for ongoing syncs?

How did we do?

Almost in sync with this article